*The Manchurian Provinces coin struck during the Guang Xu reign are scarcer than their later Hsuan Tung counterparts. There are 3 known varieties of this 33rd Year of Kuang Hsu 20 cents. The rarest of them all is the 1907 one with two dots on the side of the dragon. The other two were released in 1908, and feature flowers/rosettes. Type 1 has a single rosette on each side, whereas the other one has multiple on each side.*

There are rosettes dotting the sides on both sides. A nicely stuck coin with remaining luster and great details on the dragon. Dragon is different that that of later issue. 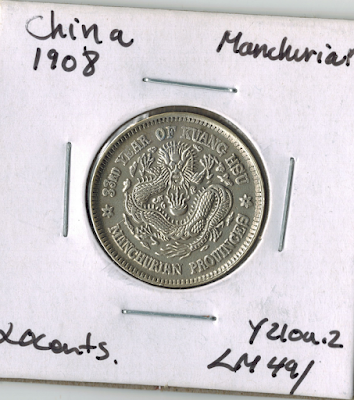 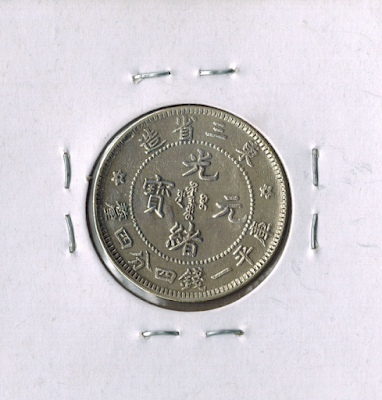