Today's coin is one of the many varieties of the Szechuan Trade Rupees! 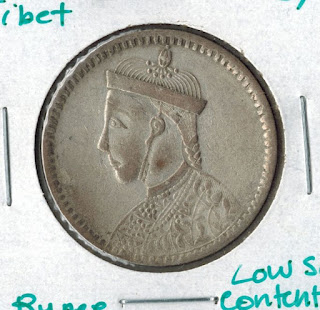 Before we start...
Here is an informational photo that shows the more common varieties of this Szechuan Trade Rupee. Please note the orientation of the rosette on the reverse, and the look of the Emperor Guang Xu, on the obverse.

Courtesy of Scott Semans, from his super cool website, www.coincoin.com ! 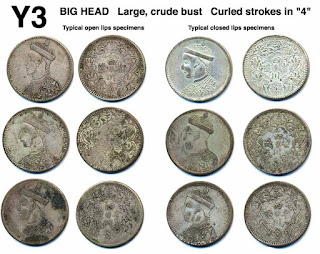 ALSO a great resource that goes more in depth into the most common and cataloged varities of this Szechuan Rupee!

Country: China
Date: Undated, Circa 1930's-39
Dynasty: Imperial/Republican
Region/Province: Szechuan/Tibet
Composition: Silver- Fineness of about .300
Catalog: Krause:  according to Numista-- Y#3.3 or 3.4 or 3.5

Varieties/Background:
Does this coin bear a resemblance to the Indian Rupees of the British Era? Here is a picture for background. (Courtesy Google Images). 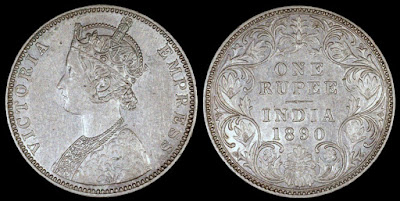 However, there are numerous subsequent varities of these rupees, where as time progressed from the Qing era to the Republican era, to even the communist era of the 1950's, the silver content diminished and a "redding" appeared on the metal. Moreover, as time progressed, there were new places that minted these rupees, such as the Kangding Mint, the Kansu Mint and other Autonomous Regions. There are so many!

The particular coin I will review, will be the later Republican or even Communist era rupee.

Nevertheless, the purpose of these Szechuan Rupees were to serve as a counterpart to the large influx of foreign silver rupees, most notable the Indian Rupee (pictured above) in the Szechuan and Tibet regions. 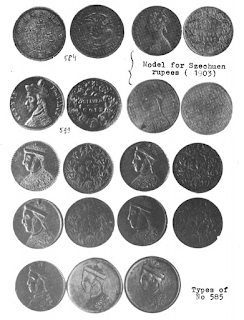 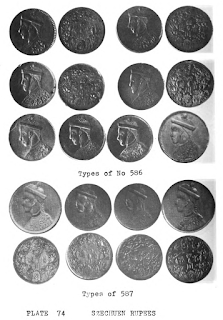 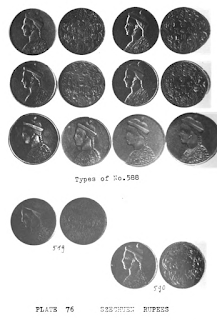 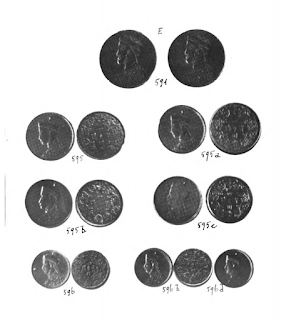 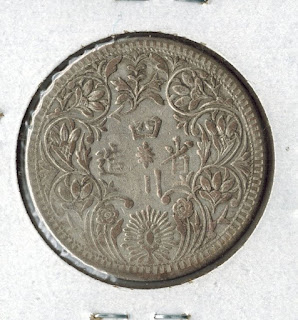 Coin Remarks:
This coin is most likely minted during the Republican Era. This is because of the low silver content used, about .500 to .300 fine. Moreover, the redding on the surface of the coin shows the lower silver content of this series. According to ykleung, "this coin was one of those minted for using in "K'ang Ting" district between 1930 to 1939" and that the silver content of the other varieties of this era "is low scarce in even 10% silver content. They always appeared in a reddish colour. That is why they are known as 紅藏洋 "Red T'sang Yang".

This particular coin according to ykleung has a variety of "D" which he says is "Not so many". It can be concluded that this coin is a scarcer type that was issued not during the Qing Dynasty, but during the Republican Era. The purpose is still the same.

According to my research, and supplemental readings in Krause and Numista Website- this coin was struck at the Kangding Mint in Szechuan Province.