For good background please visit my previous post explaining the final two rulers of Korea from her Imperial Era and finally to her Japanese Protectorate Era.
http://www.coinnumis.com/2018/12/a-short-primer-on-korean-kings-and.html 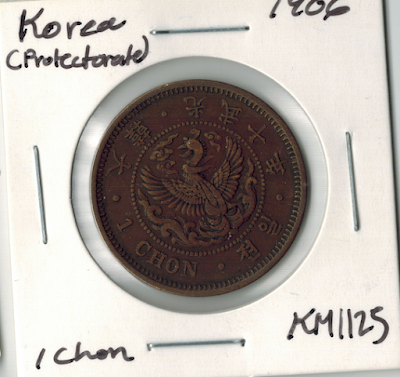 Now going into the coin analysis!

Today's post is about a pair of scarcer 1 Chon coins struck during the Japanese Protectorate era. They are also the first two in the issue series, and are struck with a large die size.

The increased Japanese influence in the Protectorate era is very easily seen. The Protectorate Era began with the Russian Defeat in the Russo-Japanese War, and the signing of the Eulsa Treaty of 1905, also known as the "Japan–Korea Treaty of 1905". This treaty resulted because of the Japanese victory during the 1904-1905 war against Russia. This aforementioned treaty "deprived Korea of its diplomatic sovereignty and made Korea a protectorate of Imperial Japan" (Wikipedia).

One thing to notice is that the copper chon coins struck during the Protectorate Era do not feature the Japanese dragons, unlike the silver 10, 20, and half wons. Instead, they feature the phoenix, a mythical creature and a symbol for Korea. For instance, the current presidential seal of the President of South Korea, feature two phoenixes on the side. 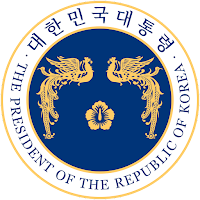 Nevertheless, these particular two coins are the first two in its series. As background, there are seven total coins. They are, Kwangmu 9th, 10th, and 11th year and Yunghi 1st, 2nd, 3rd, and 4th year.

These two coins are the only coins in the series that are struck on a large die planchet, at 28mm. The subsequent issues from Kwangmu 11th year and the Yunghi series, are struck on a smaller 24mm planchet.

In terms of mintage, the first two (Kwangmu 9th and 10th years) had a higher mintage, though they command a higher catalog and market value. 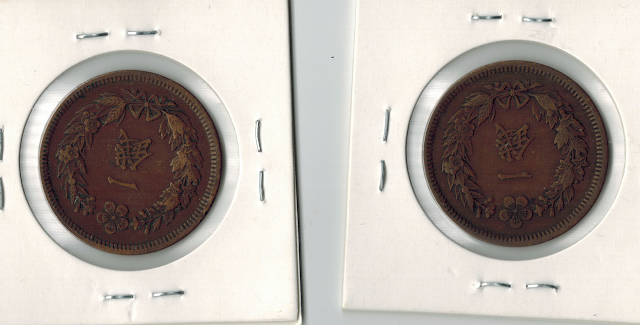