These two coins have a dragon on them! And they say that they were minted in the reign of Kuang Hsu (1875-1908). Thus, these Yunnan half dollars must be made during the Qing Dynasty! Wrong! Read more to find out! :-) 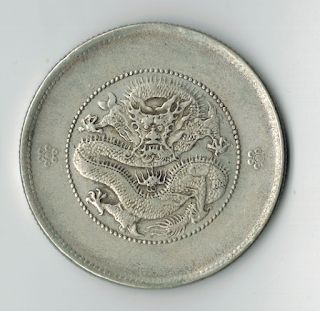 A pair of the New Yunnan 50 Cents
There are more than 30 varieties! Sadly, these two coins are the same variety. I am searching for more of them! I will discuss the varieties later! 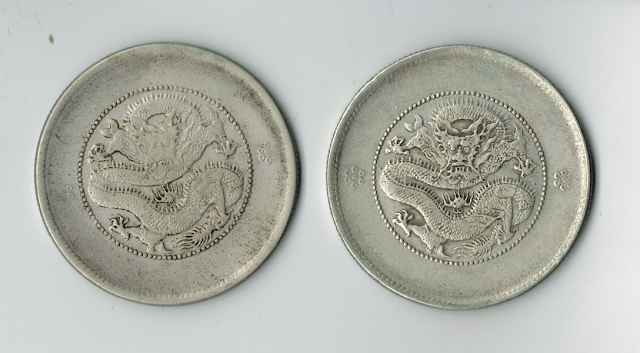 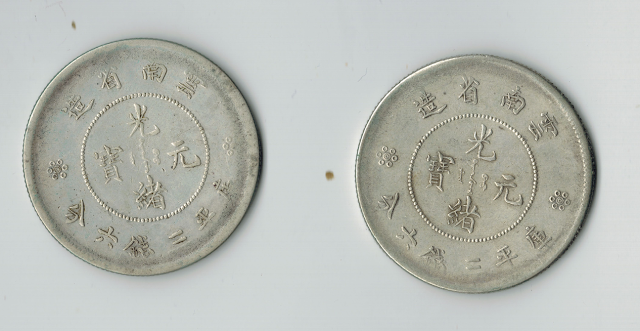 Firstly, out of the "New Yunnan Dragon" series issued during the Republican Era, the 50 cents denomination is the most common. However, this categorization is rather generic and vague, because we do not consider the various varieties that make one particular variety scarcer than another.

Nevertheless, a novice collector would most likely attribute this 50 cents coin to the Qing era because of the legend on the obverse: 光緒元寶. This legend, explicitly says the name, Kuang Hsu, who was the second to last emperor of the Qing Dynasty, reigning from 1875 to 1908.

However, with further research, these series were actually minted from captured Qing dies from the Yunnan Mint, and then repurposed and restruck during the Republican era! Moreover, these coins were also not struck in one particular date, but rather, in a date range. And to make it even more complex, these "New Yunnan Dragon" series were struck multiple times in various date ranges during the Republican era. For instance, the first issue, which are my two coins, were struck in 1917. However, later issues were struck in the 1930's and 1940's, with some noticeable differences-- reduced silver content and circle varieties.

The many varieties of this issue:
According to my primary attribution work, Krause's Standard Catalog of World Coins, there is an entry for this coin, bearing the number Y257. However, the aforementioned work, does not elucidate the numerous varieties of the coin. Thus, I had to reference my secondary source, the great
Illustrated Catalog of Chinese Coins: (Gold, Silver, Nickel, and Aluminum) by the Austrian banker and Chinese coin collector, Eduard Kann.

Here is an invaluable page from his catalog, describing the various varieties, i.e 2,3,4, circle below pearl, with or without dots, etc. 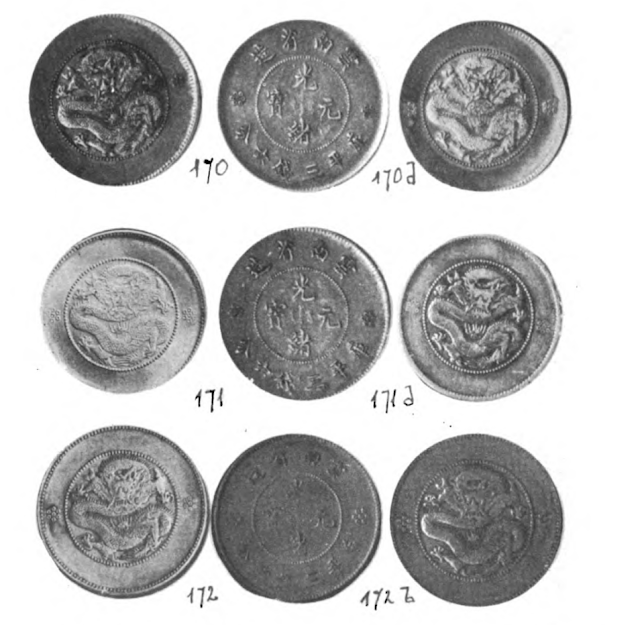 Mint Information:
According to Lin Gwo Ming and Ma Tak Wo in their book, "Illustrated Catalog of Chinese Gold and Silver Coins (Ching and Republican Issues)", the modern milled coinage were struck in 1907, from "master dies supplied by the Tientsin Mint". This new Yunnan Mint was constructed in 1905, during the 31st Year of Kuang Hsu, which replaced the old Bao Yun mint that minted cast cash coins.

Other coins from Yunnan Province: