This coin is also the first cast cash coin featured on this website! By far one of my favorite coins and with a great historical and political background! Read on for more!

This coin is not from the Imperial and Protectorate eras, but rather, during the Joseon Dynasty (1392-1897). 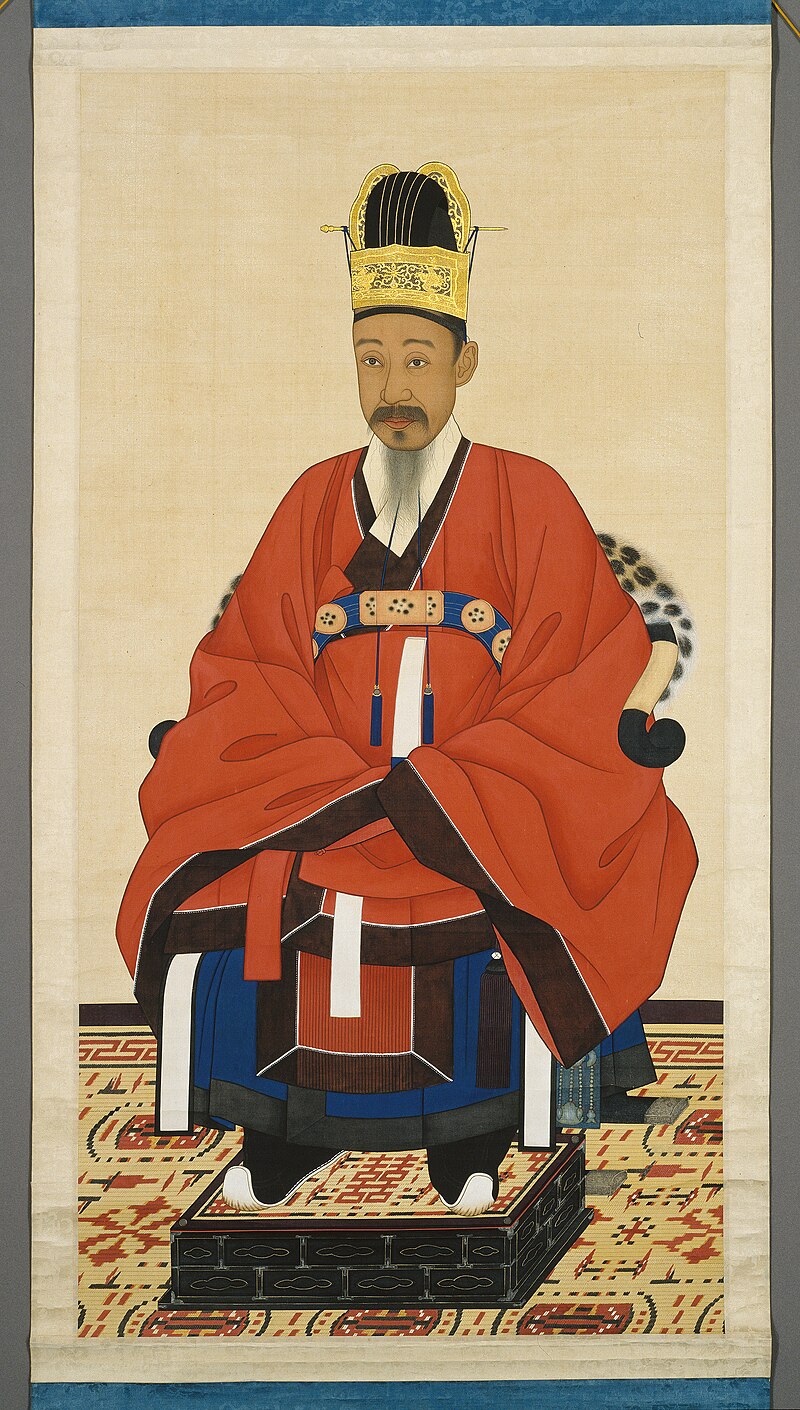 The death of the 25th King of the Joseon Dynasty of Korea, Cheoljong (철종), in 1864 led to the succession of King Gojong (고종) at a young age. Gojong's reign as King began in 1863, however, during the first 10 years of his reign, the majority of the power and authority was held by his father, Yi Ha Eung, known as the Heungson Daewongeun.

The Daewongeun is translated literally to "Grand Prince of the Internal Court". The Daewongeun during his reign was known for his attempted reforms, suppression of Christian activities, the staunch implementation of isolationist policies, thus transforming Joseon Korea into a "Hermit Kingdom", and defending Korean soil from foreign interference.

His suppression and persecution of French Catholics led to the French Punitive Expedition of 1866, in which naval bombardments occurred near and on Ganghwa Island. Though this was a French military victory, it was a diplomatic victory for Korea, as she retained her isolationist policies. His other foreign policy included the bombardment the armed US merchant ship, the General Sherman, as it sailed up the Taedong River towards Pyongyang. This incident served as one of the impetuses for the 1871 US Punitive Expedition to Korea, which was a decisive American victory. Nevertheless, the Daewongeun believed in a foreign policy of isolation with all nations except Qing China, who he believed was the most powerful.

Besides the foreign and domestic policies of the Daewongeun, he has some wide reaching reforms, that were considered radical in the eyes of the many conservatives in Korea. He believed in strengthening the central government and his main goal was to "crush the old ruling faction that had virtually usurped the sovereign power of the kings earlier in the century" (Wikipedia). For instance, he taxed the ruling aristocracy, the yangbang, disciplined and consolidated the royal clans, led an anti corruption campaign, and finally renovate the Gyeongbokgung, the Korean Royal Palace.

The Gyeongbokgung was the main royal palace (out of five) of the Joseon dynasty. It was built in 1395, and located in north Seoul, South Korea. In 1533, most of the palace was destroyed by a fire, and the rest was destroyed by the Japanese Invasion of Korea, known as the Imjin War (referring to the sexagenary year cycle it occurred). During the reign of the Daewongeun, the palace was renovated and rebuilt. "The rebuilding took seven years and five months. It was perhaps the most costly project during the Joseon dynasty" (Wikipedia).

Remarks:
This particular coin is a nicely struck example. Very sharp and clear characters. Not a seed or mother coin. The size is roughly that of a silver dollar. Cast in copper. There are many varieties of this coin, specifically on the characters, 户大當百, on the reverse.

Among all the Sang Pyong Tong Bo coins, this is the scarcest. They were minted in 1866 with the sole purpose of the renovation. I believe they were not issued for general circulation. This denomination reminds me of the Chinese Qing cash coins of the Hsien Feng era, where large denominations of 10, 20, 50, 100, 500 and 1000 Cash were cast, during the inflationary era of the Qing Dynasty.

The Character is "Ho" or 户 on the top of the coin's reverse denotes the "Treasury Department" of the Joseon Dynasty. According to various coin catalogs, the "Treasury Department" mint was the most common and produced a high amount of cash coins, both in the 1 Mun, 2 Mun, 5 Mun and 100 Mun denominations. That said however, the 100 Mun cash coin is not a common piece. Rather, because of its specialized purpose--to fund the reconstruction and renovation of the Imperial Palace--and the short casting year of 1866-1867, this is overall highly scarce. More specifically, it is the scarcest among all the Sang Pyeong Tong Bo series of the Joseon Dynasty.

There are plenty of Korean mints that were located in various provinces, bureaus, departments, central mints at the capital, etc.

Note, that the mintmark/casting location is located on the reverse and it is the top character.

For reference, please refer to this chart, courtesy of Primal Trek. 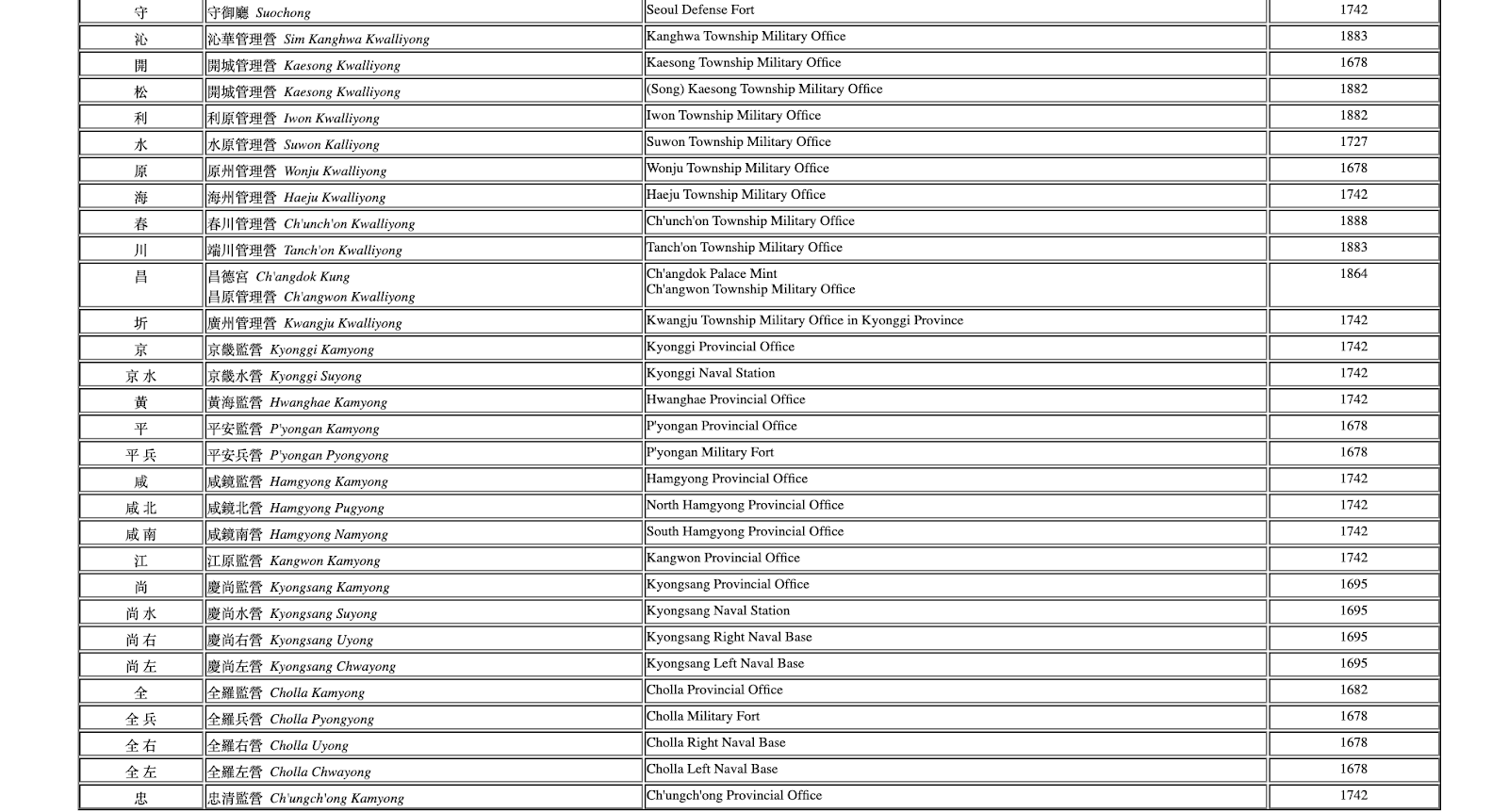