Immanuel Kant (1724-1804) was a notable German philosopher who had a lasting impact on political philosophy along with crucial contributions to philosophy as a whole, embodied by the honorary term “Kantianism” or “Kantian” philosophy. Generally, Kant firmly believed in the importance of Reason as the basis of our actions as human beings rather than self-interest. He also believed that “the human mind was capable of making moral decisions by either Reason or Emotion” and therefore forming a conclusion. This theme of moral decision/action making would be addressed by the uniquely Kantian concept called the Categorical Imperative, “a basic moral principle” from his famous 1785 Groundwork of the Metaphysic of Morals. This concept stemmed from Kant’s “desire to overcome emotion through reason” and his belief that “reason and emotion [were] opposite principles” that conflicted with each other. Ultimately, Kant believed that the Categorical Imperative would allow humans⁠—sentient and rational beings⁠—“to have a better understanding of how to rise above self interest and come to moral conclusions when we are confronted with a moral decision.” Kant had Three Versions of the Categorical Imperative, but for the sake of the essay, there will be an emphasis on the First and Second Versions⁠. In simple and thematic terms, the First Version deals with Reason and the Second Version with Respect between human beings. The First Version states “Commit no action, which could not be considered a universal law for all human beings.” Here, Kant elucidates the theme of decision/action making by emphasizing how we should act and think with our Reason, rather than with emotion or a conscience, when committing an individual action. He believes that with one’s Reason, one is able to determine whether a law is irrational, like “all people must steal” and deem it immoral because it is irrational. Ultimately, Kant’s First Version of the Categorical Imperative serves as a basis for determining what humans should not do rather than telling us what we must do. The Second Version of the Categorical Imperative can be stated as “Always treat all rational beings with respect for their ideas, values, and beliefs.” Unlike the First Version, the Second Version deals with what one should do when confronted with a moral dilemma or decision and the subsequent action taken to reach a conclusion. This statement is simple and rather self-explanatory of determining human action, though Kant mentions certain exceptions and caveats. For instance, he believes that “Respect involves only peaceful solutions to problems” and human beings have no duty to respect groups that harm and invoke destruction to others such as terrorist groups. Furthermore, we do not have to agree with the ideas of others but just have the respect of another person’s ability promgulate his/her beliefs. Altogether, Kant's notion of the Categorical Imperative has had a highly influential effect both in the past and to this very day. From a historical standpoint, the Kantian Categorical Imperative can be conceptually applied to the political philosophies, actions, and beliefs of the Indian Mahatma Gandhi and the American Martin Luther King Jr and holistically examined by their noteworthy works—the former’s Satyagraha and the latter’s Letter from a Birmingham Jail.

The Reverend Dr. Martin Luther King Jr. (1929-1968) was a Christian minister and most importantly, an American civil rights activist and spokesperson for the Civil Rights Movement of the 1960’s. Dr. King, just like Gandhi in South Africa, fought racism and discrimination which was further exacerbated with the dejure and defacto segregation in the United States. Dr. King was influenced by Gandhi with the idea of peaceful protest and demonstrations, which Dr. King conducted via marches, rallies, and gatherings across cities from Atlanta, Georgia to Washington D.C. Within the milieu of the 1960’s Civil Rights Movement and the political philosophy espoused by Dr. King’s Letter from a Birmingham Jail, Kant’s Second Version of the Categorical Imperative, reminded again as “Always treat all rational beings with respect for their ideas, values, and beliefs,” is conceptually evident and applied. For instance, Dr. King states how he had “hoped that the white moderate would understand the present tension [e.g. demonstrations and protests] is a necessary phase of the transition from an obnoxious negative peace, in which the Negro passively accepted his unjust plight, to a substantive and positive peace, in which all men will respect the dignity and worth of human personality” (Caste 218). This statement is an example of Kant’s Second Version of the Categorical Imperative where there should be an element of Respect between all human beings regarding their ideas, values, beliefs. He further argues that with necessary nonviolent protest and direct action—which are “not the creators of tension” but instead actions that “bring to the surface the hidden tension that is already alive”—there will be peace, stability, and order between all people. Overall, Letter from a Birmingham Jail, an open letter written when Dr. King was in jail, is a powerful work of American literature that embodies the spirit of the monumental Civil Rights Movement, as it not only underscores the reason for active and continued direct action of the African Americans but also interprets whether a law is just or unjust, and its application towards the oppressed and the oppressors. Furthermore, Dr. King was not a proponent of gradualism, the idea of not protesting but waiting for the rest of the nation to come to the conclusion of equal rights for all; instead, he was an ardent supporter of active and direct protest, as he believed that the key goal of “freedom[,] is never voluntarily given by the oppressor; [but] it must be demanded by the oppressed” (Caste 215). In an essential manner, he summarizes that “Oppressed people cannot remain oppressed forever. The yearning for freedom eventually manifests itself, and that is what has happened to the American Negro … and with his black brothers of Africa and his brown and yellow brothers of Asia, South America and the Caribbean, the United States Negro is moving with a sense of great urgency toward the promised land of racial justice” (Caste 219). In closing, Dr. King’s vision has had a lasting influence to this very day, where social grassroots movements (e.g. Chicano Movement, Reproductive Justice, Black Lives Matter, Me Too, etc.) arising from the common citizen drive towards change and reform. And consequently, people today have continued to study and heed the political philosophy of Dr. King worldwide as they fight and act for what they believe and stand for. 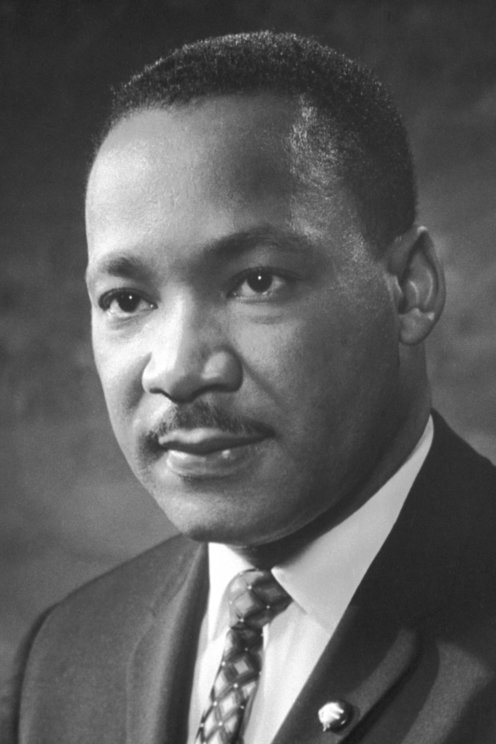