For my first blog post, I will be talking about a coin that I have recently acquired from my local coin shop. The coin that is in question is the 1947 Philippine Republic 50 Centavos which was made in honor of General Douglas MacArthur for his defense and liberation of the Philippines during the Second World War.

On the obverse of the coin, we see a portrait of Douglas MacArthur wearing his famous U.S Army cap and below that we see "Oct. 20.1944," the date in which MacArthur and the Allies returned to the Philippines to liberate it from Japanese control. Furthermore, on the surrounding of the coin, we see the title that the Philippines gave to the American general, "Defender and Liberator of the Philippines." On the reverse of the coin, we see the coat of arms of the Philippine Republic in the center with two flowers on the left and right of it. Below the coat of arms, we see the date in which the coin was minted, "1947," and the denomination of the coin, "50 Centavos." Additionally, in between "1947" and "50 Centavos" we see the "S" mint mark, signifying that this coin was minted at the San Francisco Mint in the United States. Following the destruction of Manila during the World War 2, the Philippine Republic would be unable to mint to their own coins until the mid-1950's, and as a result, the young Republic would have to ask the United States to mint coins on their behalf, which included 200,000 1947 MacArthur 50 Centavos coins. Surprisingly, there appears to be die cracks under "Philippines" and "Centavos" on the reverse of the coin, which is extremely unusual to see on this type of coin. The 1947 50 Centavos coin was minted as a commemorative issue and wasn't meant for general circulation and surprisingly, this coin, along with a 1947 One Peso also featuring MacArthur, were the first coins of the Philippine Republic, which had only gained its independence from America a year prior. This exact coin has been graded by PCGS as MS66, which is an extremely high grade for this kind of coin.

For today's post, I will specifically be going over MacArthur's defense of the Philippines during the Second World War, as it will be too long if I go over MacArthur's liberation of the archipelago from Japanese control.

However, by mid-1941, tensions between the United States and Japan were so strong that Douglas MacArthur was pulled from his position in the Philippine Army and was reinstated as a Major General in the United States Army. Roosevelt would even make him the commander of all U.S Army Forces in the Far East (USAFFE). Immediately after the Japanese attack on Pearl Harbor on December 7, 1941, Japanese warplanes began bombing crucial American and Filipino military facilities around Manila Bay, such as the Naval Base and Shipyard at Cavite. Soon later, on December 22, 1941, Japanese land forces landed at Lingayen Gulf, northwest of Manila, and began advancing toward the capital city. American and Filipino forces soon abandoned Manila and declared it an "Open City," or a city void of any military presence, in an effort to save the city from Japanese bombs. Nevertheless, Japanese bombs still rained down on the helpless civilians of Manila.

In January 1942, after several military defeats, MacArthur and American and Filipino troops under his command retreated back to the Bataan Peninsula and Corregidor Island, an island located in the middle of Manila Bay. American and Filipino soldiers on Corregidor were mainly trapped in the Malinta Tunnel and were constantly bombarded by the Japanese. MacArthur and his family also hid in the tunnel from Japanese artillery for weeks and commanded his forces from there despite the danger of being captured. As supplies dwindled and surrender seemed inevitable, FDR ordered Douglas MacArthur to evacuate to Australia, despite MacArthur expressing his desire to stay on the archipelago with his men to the bitter end. Being unable to refuse a presidential order, MacArthur, his family, and his staff were put onto American patrol boats and were brought to the southern Mindanao region of the Philippines and from there were brought to Australia by airplane. In Australia, MacArthur would make his famous "I Shall Return Speech", in which he promised the Filipino people and the men he was forced to abandon that he would return to the Philippines to save them.

General Jonathan Wainwright, Macarthur's replacement, would try to lead the remaining American and Filipino troops on the Bataan Peninsula and Corregidor but with dwindling supplies, Bataan would be overrun by April 9, 1942 with Corregidor falling soon after to the Japanese on May 6, 1942, about 2 months after MacArthur's departure from the archipelago.

American and Filipino forces on Corregidor, under MacArthur and his subordinates, would be the last allied soldiers in the Pacific to surrender in large droves to the Japanese in 1942, a humiliating event for the Japanese who had struggled with defeating MacArthur and his men on Corregidor for months. Many of the Filipino and American soldiers who were taken prisoner by the Japanese would perish during the horrific Bataan Death March, in which thousands of captured malnourished prisoners of war were forced to walk to prisoner of war camps under the scorching Filipino sun without much food or water. The sacrifices of MacArthur, and the men who served under him, granted the American General the title "Defender of the Philippines." 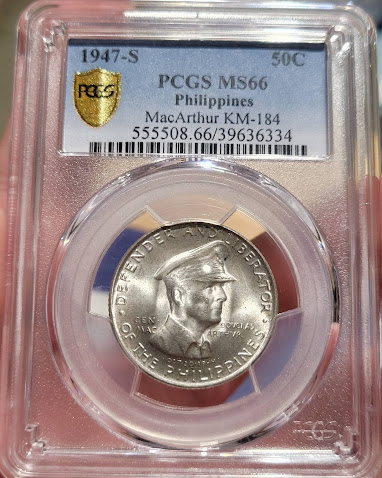 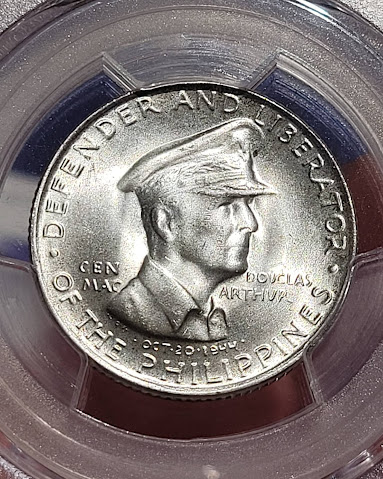 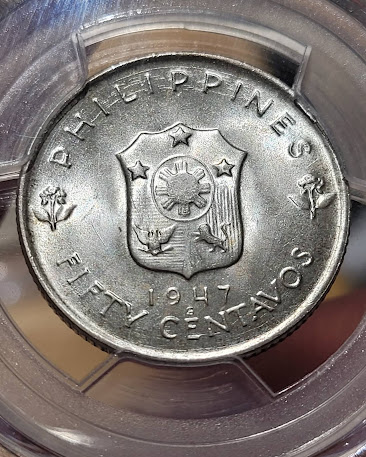 Labels: Coin History Phillippines
Nathan
Hello, my name is Nathan Infante and I am a Filipino-American young numistmatist. I specialize in Filipino coins and banknotes that were minted, or issued, during the U.S Occupation (1903-1935), Philippine Commonwealth (1936-1946), and Philippine Republic (1946-Present).