Note, I will not cover the preceding issues of Yaqub Beg (1865-1877), the Uzbek adventurer who invaded Sinkiang and controlled a region centered around Kashgar. Ultimately, it would be his silver Tanga coinage that would influence the subsequent Qing issues discussed here. This is because not only did the victorious Qing authorities allow for the circulation of these Yaqub Beg Tangas but also imitated them in size, strike, and silver content. Those Qing issues were struck at first at Kucha, and later in Aksu and Kashgar. More on these types in a future blog post! 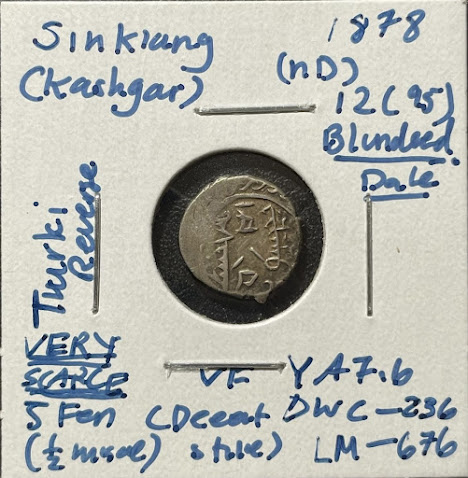 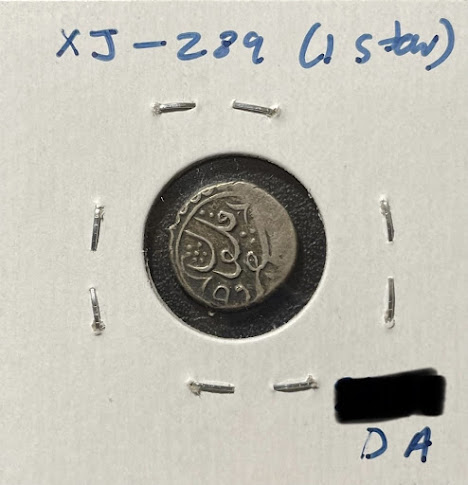 Specimen A is a scarce issue that is considered its own individual type. It is quite unique as the obverse has two languages---Manchu and Chinese. The obverse has the central characters of wu fen五分 denoting the Chinese denomination of that era---5 fen in the form of a Tanga silver coin. This trend would be evident in nearly all the Chinese editions of the Tangas from the reign of Emperor Guang Xu. The central Chinese characters are flanked by two Manchurian scripts, denoting the region of mintage, Kashgar on the left. The right side Manchu means weilembi. The reverse is entirely in the Old Uygur script or Chahtai, and can be translated as follows: Kashigar Kilhan, or Minted in Kashgar, with the date of (12)95 on the Hejira calendar. This converts quite precisely to 1878 on the Gregorian calendar. One interesting note for this issue is that the date is blundered, as the date is intended to be "95" in AH 1295.
This piece is called a five fen tanga minted in Kashi, according to Dong Wenchao. I can say that it is a distinctive piece as the obverse has a mixture of Chinese and Manchu, while the reverse is entirely in Chahtai. This reverse style in one language is quite distinctive for these hammered Tangas of Sinkiang, as other regions like Kucha and Aksu would make such types with either both sides in Chahtai or just one. Taking all these languages into consideration, this piece really elucidates the mixture of cultures and the people that were in Sinkiang, a area rooted in conflict and geopolitics, yet bustling and prosperous for these coins to circulate. Regarding the geopolitics for instance, this piece underscores the consolidated rule and authority of the Qing Dynasty over Sinkiang, as we see the Manchu language---the language of the royal family---being placed in this circulating coin.
The piece is in VF with a well centered strike on an even planchet. Note that there are some common and natural soft spots, though all the characters are visible. It is quite scarce, as Lin and Ma give a significant catalog value compared to the other Kashgar issues! Finally, with well struck and centered Tangas, we are able to see the original ornamental edges unique to Sinkiang's hand struck and hammered coinage. Every piece is different!
References: Krause Y A7.6, Dong Wenchao 236, Lin and Ma 676, Xinjiang Numismatics 289.

Specimens B-E (4) are another distinct type of Sinkiang hammered Tanga with a noticeable motto on the obverse of the coin. These four characters are guang xu yin qian (GXYQ) which means the silver miscal/mace/qian of the reign of Emperor Guang Xu (1875-1908). These four characters are quite standardized, unlike the varying legends of the Chahtai types, as guang xu yin qian are present from the Tangas of Yarkand and Khotan! I will post those types, in series, later. The reverse of this coin is where there are varieties present for this Kashgar GXYQ coin.
According to many reputable works including Kann, Lin and Ma, and Dong Wenchao, there are three varieties. They are as follows:
The Manchu (left) and Uygur (right) translates to the mint designation of Kashgar in their respective languages. Specimens B-E are Type 3.
For Specimens B-E, the reverse has the right Uygur designation. Next to that, there are two small characters and the bottom is the “9” and the top is “5.” We know these coins were minted in 12XX and the coin shows the “95," thus, when considered together: AH 1295. These are only the few dated types of the GXYQ type, which include the dated Yarkand type (Y A7.16) and the official "five" Kashgar (type 1). This type of deciphering is something that I have been aquainted to, as many of these early Sinkiang types have partial dates, digit separation (or lack thereof because the planchet was cut or off centered, making the date not even present, despite the intention of a dated type!), and constant inconsistencies on the placement and even the writing of specific characters (e.g., "5"). Luckily, for this type, the date is consistent and straightforward! Lastly, as you will see in the pictures below, these Sinkiang Tangas, regardless of format, are not consistent in their rotational alignment. There is no such thing as a proper coin or medal alignment for these pieces!
These three are general varieties of this Kashgar GXYQ type. In fact, when I referred to Dong Wenchao, there is two entries where the 金 syllable on the left character on the obverse varies based on brush stroke. There are also specialized works in Sinkiang numismatics which I have yet to peruse, but I still believe that these are the three general types, as it appears in Lin and Ma, Kann, and Krause. Moreover, there are also varieties based on the square on the obverse and reverse, as some can include or lack a dot. I have not done enough research on the reasoning of that, so I will continue my research on this seemingly trivial or minute difference.
References: Krause Y A 7.23, Dong Wenchao 241, Lin and Ma 678, Xinjiang Numismatics 290.
I shall now elaborate and remark on each of Specimens B-E. I have ordered them in what I believe are from the best to worst condition, comparatively. 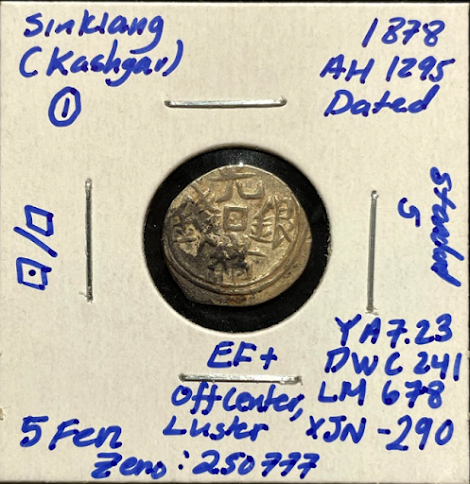 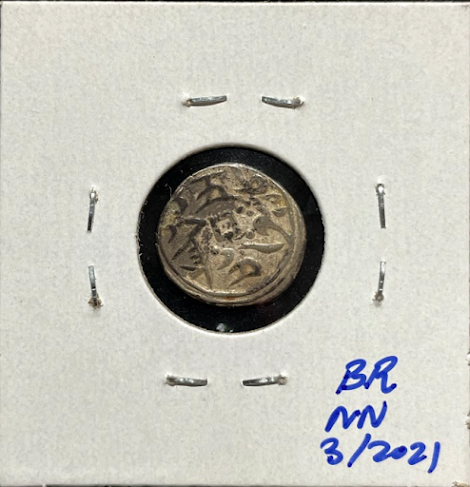 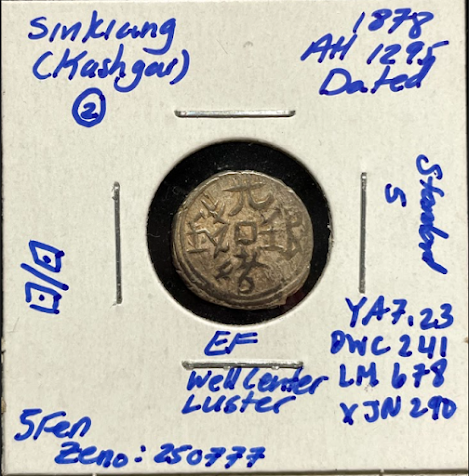 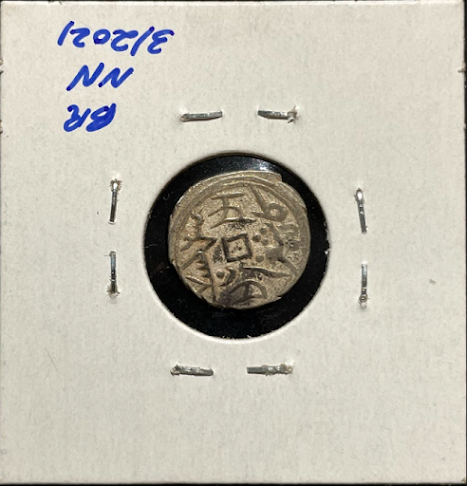 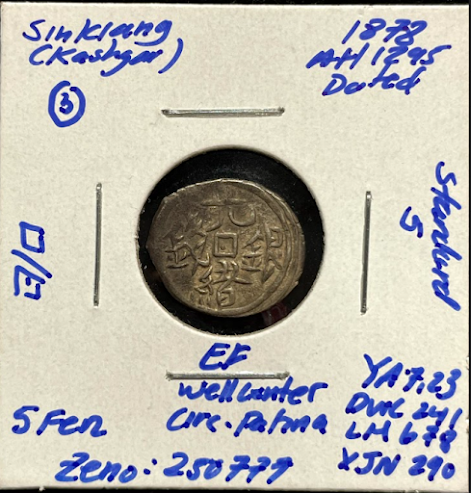 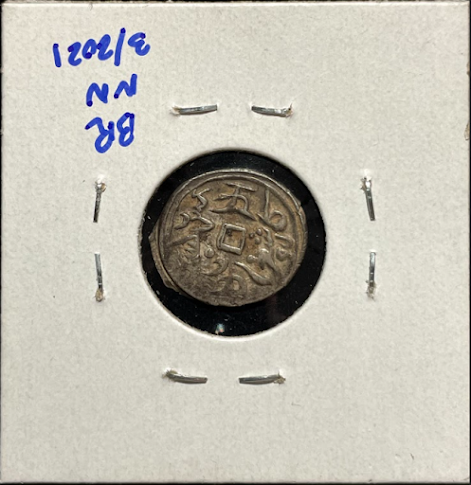 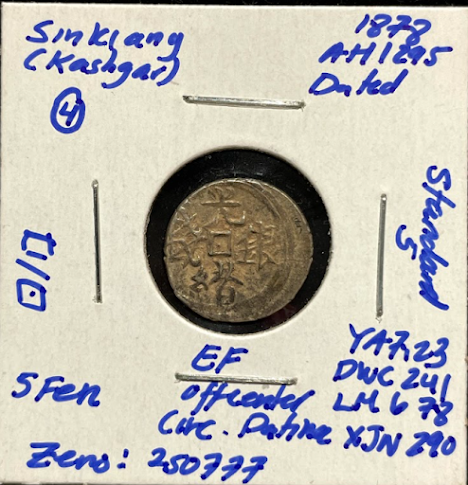 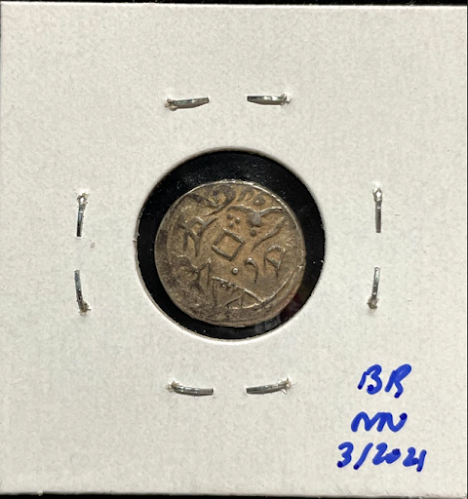 Labels: China Coin History
Anthony Hui
Hi! I am studying Political Science and Pre-Business Studies at the University of North Carolina at Chapel Hill. I love to collect coins and study the field of numismatics!